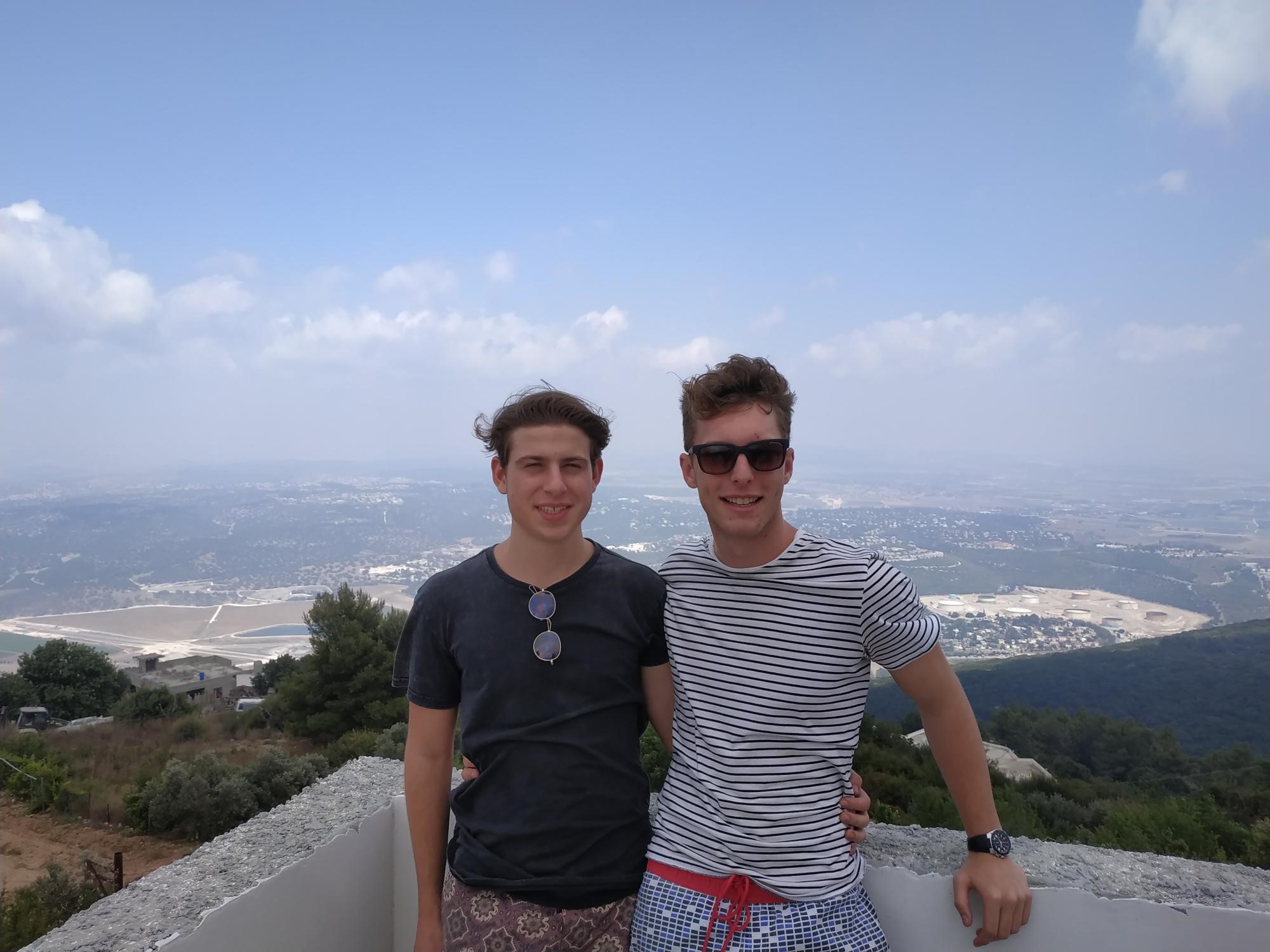 This year their ISSI trip was funded by the Trawalla Foundation and the Garvan-Weizmann partnership, with the program bringing together 72 talented high school graduates from around the globe to experience scientific research, learn about the Institute and life in Israel today.

The students spent the first three weeks on campus working in laboratories where on completion of their projects, they gave an oral presentation and submitted a written report.

They also attended lectures and workshops given by senior scientists and visited state-of-the-art facilities on campus.

The final week of the program was spent in the Judean and Negev Deserts, where expert guides led hikes and excursions to acquaint participants with the ecological, geographical, geological, zoological and archaeological characteristics of the region. Such tours are an integral part of the program to give the students a sense of the beauty of the country and introduce them to the history and diverse culture of Israel.

This is what Dominic and Milan said about their experience:

The past month at the Weizmann Institute has been a learning experience that extended far beyond the lab. During my time at the ISSI I not only gained valuable experience conducting scientific research, but also forged lasting friendships with likeminded students from all around the globe, all within the unique and beautiful country of Israel. Throughout the program I learnt a lot about what it means to be a scientist, and this has only deepened my own desire to pursue an academic career in science.

At ISSI, I worked on a research project in the Weizmann Atomic Scale Physics (WASP) lab under the guidance of PhD students Noam Morali and Aviram Steinbok. There, I collaborated with other students, one each from the UK, US and South Korea, on a project titled: “Reducing Vibrations in Quantum Electronic Ultra-Low Temperature Measurements”. Essentially, my group was involved in the construction of a vibration isolation device called a double gimbal. This device was necessary to minimise the problematic effects of mechanical vibrations introduced by the pumping lines of a dilution refrigerator in a Scanning Tunnelling Microscope. Once the device was constructed, our group (nicknamed the Gimbal Gang), tested the performance of the device using accelerometer measurements. After analysis of these results using Matlab, we were able to define a transfer function (which gives a ratio of input amplitude of vibrations: output amplitude of vibrations), rendering a successful result of an 8 times vibration reduction.

The problem solving and practical skills I learned during this project will definitely be useful in future projects during my scientific career.

However, the time spent in the lab was not all gimbal related. During any free time, our mentors invited our group to lunchtime lectures about topological materials, Majorana modes, carbon nanowires and other recent scientific advancements, where we were able to get a feel for the lifestyle of a PhD student.

In addition, the regular coffee breaks allowed for cultural (and often philosophical) discussions between our group and other members of the physics faculty, where I was able to gain further insight into the Israeli lifestyle, as well as gain an appreciation for the cultural differences between Israel, the UK, US, South Korea and Australia, particularly through a scientific lens. These discussions have allowed me to appreciate the importance of collaboration and communication between scientists on a global scale, because despite the universality of science as a discipline, its application has great diversity through varying countries, and it is through diversified collaboration that scientific advancement is facilitated.

All of these fantastic in-lab experiences, be it working with the advanced lab equipment, or through cultural and scientific discussion, have served to reinforce my own desire to pursue a career in physics.

Beyond the lab, the program also included weekend excursions all around Israel, which culminated in a 5 day trip around the Judaean Desert, the Negev and the Eilat area.

Weekend destinations included Jerusalem, Caesarea, Haifa, Rosh Hanikra and the Galilee, where each extraordinary location really allowed me to appreciate Israel’s beautiful landscape, as well as its tremendously unique and lively culture.

The real highlight of the program was the five day trip, where our collective experiences on beautiful hikes in Eilat and at Masada, as well as colourful snorkelling in the Red Sea, and swimming in the Dead Sea created a sense of community between students and councillors alike, such that by the end of the program we were all one big international family.

Not unsurprisingly, the greatest part of the program was the people. Unified through our shared interest in science, and our common experiences in what was a foreign country to most, we all quickly became close friends. Everyone’s enthusiasm for science led to several breakfast, lunch and dinnertime conversations about various new scientific applications, as well as philosophical and pragmatic discussions about culture, technology and the more. This unique opportunity to befriend people who each represented a diverse culture, yet shared similar scientific interests, has been highly rewarding and allowed for the beginning of many lasting friendships. Through the numerous discussions and activities we partook as a group, I was able to recognise the power of collaboration within science to promote critical discussion and new ideas. Not only were the students incredible, but also the mentors. Their kindness and passion for their work, which was reflected through their numerous inspirational stories, has served to reinforce my own scientific aspirations.

Ultimately, the ISSI has been a remarkable and rewarding experience, which has really developed my scientific interest, but also enabled me to form friendships with people from all over the globe. For this I must express my deepest gratitude to the Trawalla Foundation, who sponsored the trip, as well as the Weizmann Institute of Science, and Weizmann Australia. And particularly, I would like to give special thanks to Dorit Granot, Director of the Program, whose deep passion for science and unfaltering kindness made my ISSI experience so special.

The ISSI program has been one of the most formative experiences of my life.

Breaking down why this was such an amazing experience and why I’ve so much gratitude, I think requires looking at the program from three perspectives: The social, the scientific, and the adventurous.

One of the things which drew me most to this program was the opportunity to not only meet, but collaborate with 72 other scientifically curious people. What I could not have prepared for though, was the closeness of the relationships I ended up building, with not only intelligent and curious people, but with humble and kind individuals.

It is a funny kind of experience; the first few days there is the inevitable awkward social interaction with people, including myself, fumbling around trying to play speed-friending games and have a deeper conversation. And yet, it was truly only a few days before we all became an incredibly comfortable group of people.

The comment that recurred at the end of the trip I think summarises this best. When most of the group was crying while saying goodbye, people kept saying, in an astonished tone of voice: ‘I didn’t even cry at my high school graduation!’

In terms of the main reason I was there – for scientific inquiry – it was an opportunity to broaden my horizons.

My mentor, Weizmann PhD student Michael Sokoletsky, was a perfect fit for me. Despite doing his PhD in neurobiology, he had a deep interest in both physics and philosophy, which I share. He taught me invaluable research techniques, and helped me develop my understanding of the scientific method. But more importantly I believe, he ensured that every day in the lab was fun, lively, and engaging.

Despite never having studied neurobiology before, it was an incredible opportunity to be forced to read many scientific papers, learn new fundamental truths about how the brain operates, develop a deeper understanding of critical data collection techniques, and perform high-level data analysis techniques, to be on the cutting edge of knowledge and to aid in revealing more.

Overall, I think this was a learning experience about the scientific method, how science can and should be done ethically, and an exercise in collaboration.

Bathing in freshwater streams surrounded by beautiful green forest brimming with wildlife, standing underneath waterfalls in the middle of a cliff-filled barren desert, and lying in the middle of a vast flat sandy expanse; this is what Israel has to offer.

There were moments on my trip that I could happily live forever, an immense joy describing entirely the memory, and yet there were moments on this trip that took me outside my comfort zone. Having this nature-inspired awe reminiscent of the sublime movement, whilst simultaneously sweating in a violent desert heat is something that I will forever hold fondly in memory. Dominic building and testing a piece of equipment to minimize the effect of naturally caused vibrations in super-cold quantum measurements. 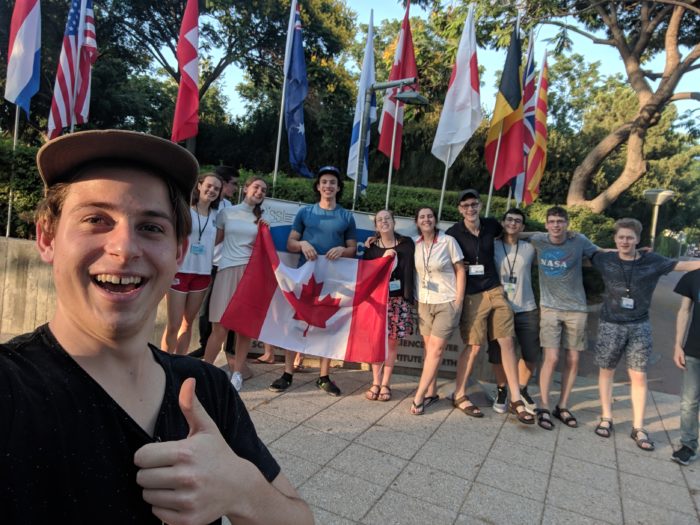 Milan Leonard in front of Caesarea 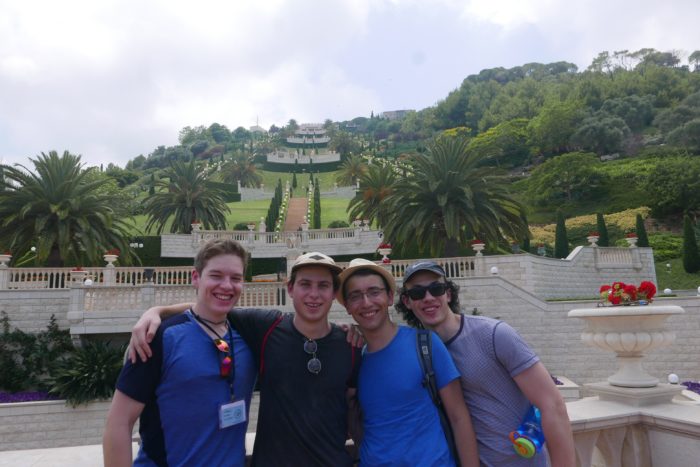 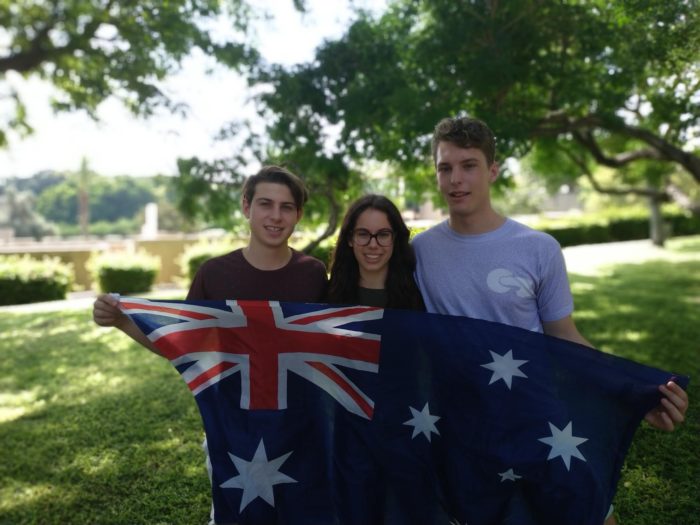 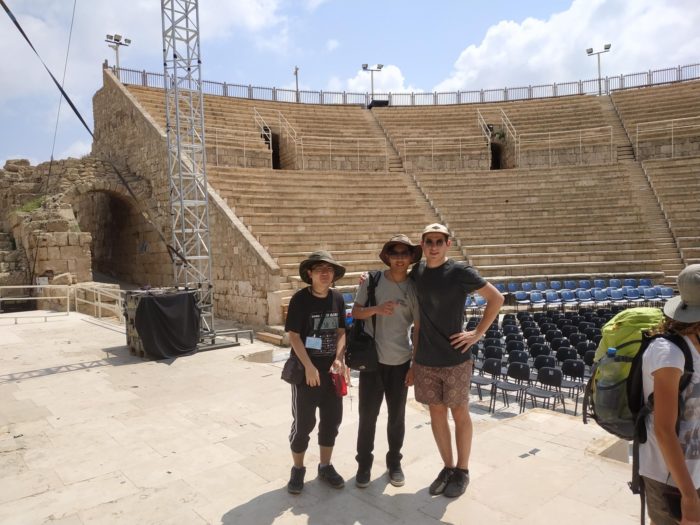 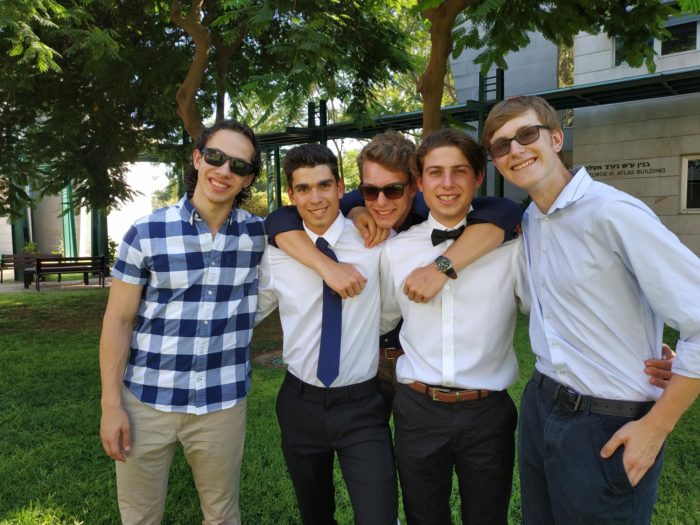 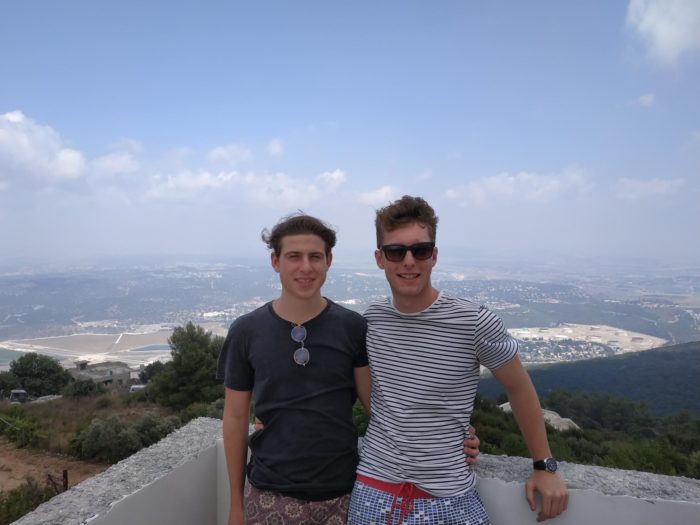 Dominic Agius and Milan Leonard at a lookout in Haifa, after lunch at a Druze restaurant. 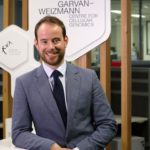 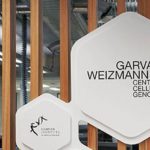 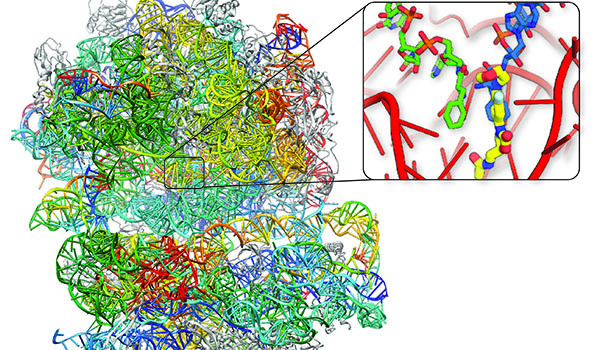 Eight years ago he was a postdoctoral student of Nobel Laureate, Professor Ada Yonath of the Weizmann Institute of Science, spending three years in Israel studying.  Now Dr Matthew Belousoff… 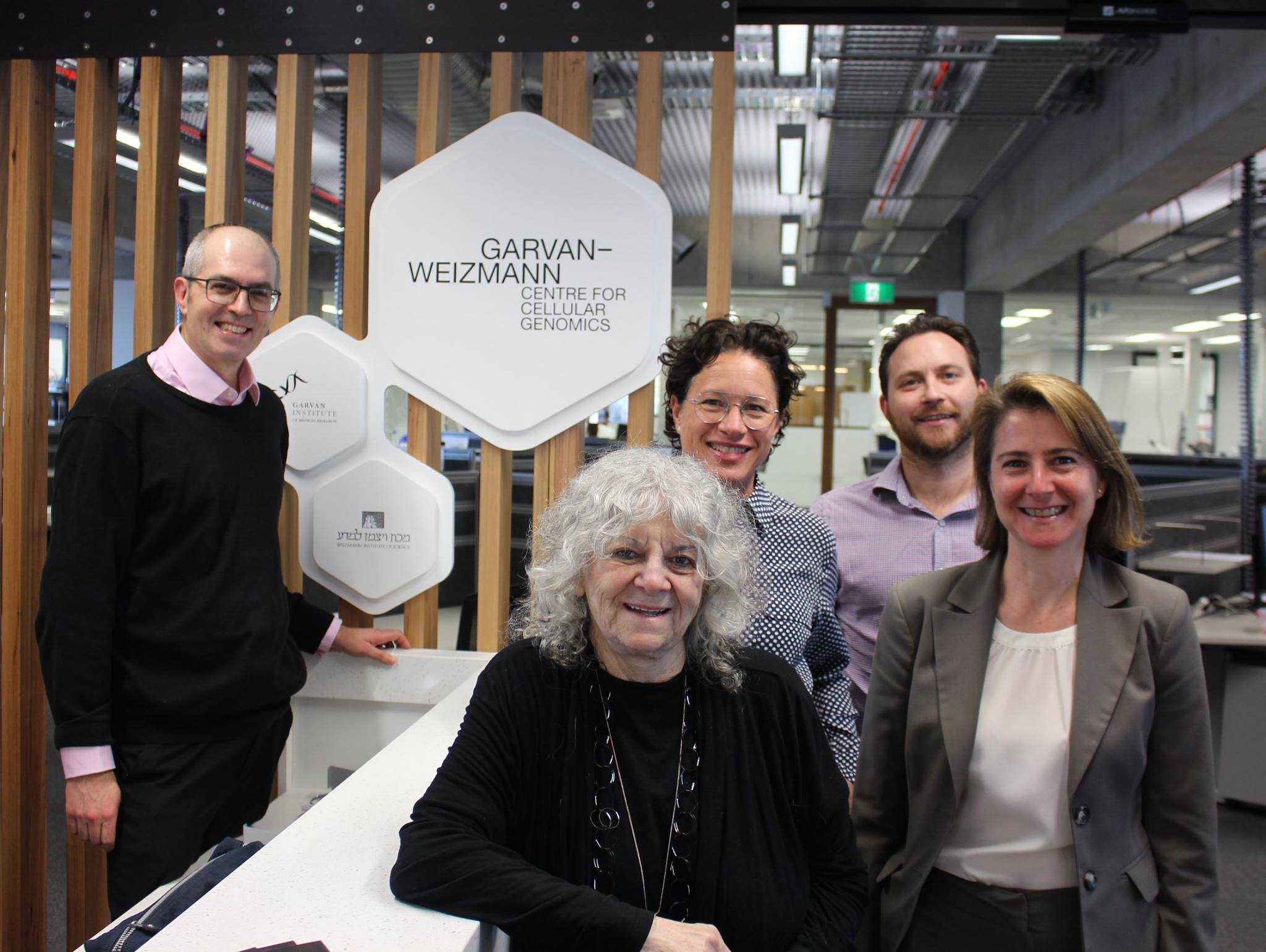 She was born into poverty yet Professor Ada Yonath of the Weizmann Institute of Science, became one of four women to be awarded the Nobel Prize for Chemistry and the first…