In hot summers everyone has a hard time cooling down. This is especially true for certain simple molecules which scientists want to cool down close to absolute zero and the lowest temperature possible, approximately -273oC.

This goal is sought because near this extreme, the fundamental nature of matter is revealed, and the properties of molecules can be studied with unparalleled precision.

Now researchers at the Weizmann Institute of Science are getting close, with results just published in Nature describing an experiment which is the first attempt to catch cold molecules without using lasers and show conclusive evidence of ‘collisions’.

Professor Ed Narevicius of Weizmann’s Chemical and Biological Physics Department explained that to cool molecules, understanding heat is important, which is no more than the constant, random motion of atoms or molecules.

Long ago scientists managed to cool atoms down to fractions of degrees above absolute zero using ‘boxes’ made of laser beams coming from different directions. In effect, the lasers trap the atoms and significantly slow their natural motion. But this method, which has proved to be efficient for cooling atoms, cannot, for various reasons, be used on molecules.

Narevicius and his group decided to take a different approach to cooling molecules – that of evaporation.

Evaporation of rubbing alcohol or aftershave produces a cooling effect on the skin because the molecules of alcohol take some of the skin’s heat with them as they move off into the air. Hot soup cools down by letting the hottest water molecules evaporate. Similarly, a ‘soup’ of cold molecules can be cooled down further by continually releasing the hottest ones.

But in order to cool a molecular soup, the group realised they would first need a specific ‘bowl’ to contain them – not a trivial task since no container of glass or stainless steel can be cooled to such extremely low temperatures.

The system they ended up building was technologically quite complex.

Like all gases, it naturally expanded into the container allowing a widening beam of molecules spreading out into the empty space. When a gas expands, it cools; in the experimental conditions in the lab, the temperature of the gas was measured at around one Kelvin, which is one degree above absolute zero.

But the molecules were still moving. In fact, they were flying through the vacuum chamber at around 400 meters a second, making it extremely hard to catch them. To do so the team used strong magnetic fields: The oxygen molecules in this system behaved like small magnets, so could be manipulated with the magnetic fields.

To achieve these fields, the group used special superconducting wires that can carry high electrical currents for unlimited duration without heating up; similar wires can be found in MRI machines.

In the system they developed, the researchers could quickly trap a large number of molecules in a confined space – a situation that significantly increases the rate of collisions between the molecules. These collisions are needed to transfer heat between molecules, some heating up and evaporating out of the trap while others cool down. The group was able to identify many such collisions occurring between the molecules inside the magnetic trap.

Now, Narevicius and his group can use their system to further push molecules closer to absolute zero, into the realm where quantum mechanics is expected to change the very nature of their behaviour. Professor Edvardas Narevicius' research is supported by the Helen and Martin Kimmel Award for Innovative Investigation. 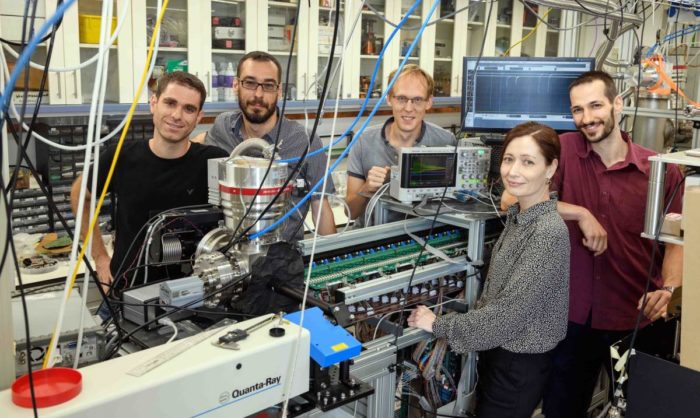 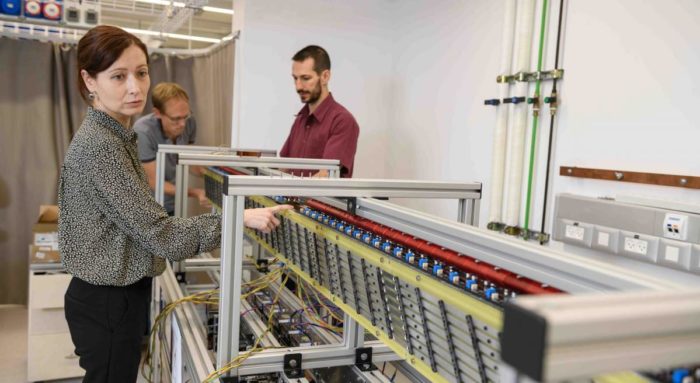 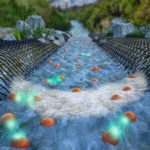 Electrons Imaged 'Flowing' Like Water for the First Time 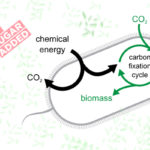 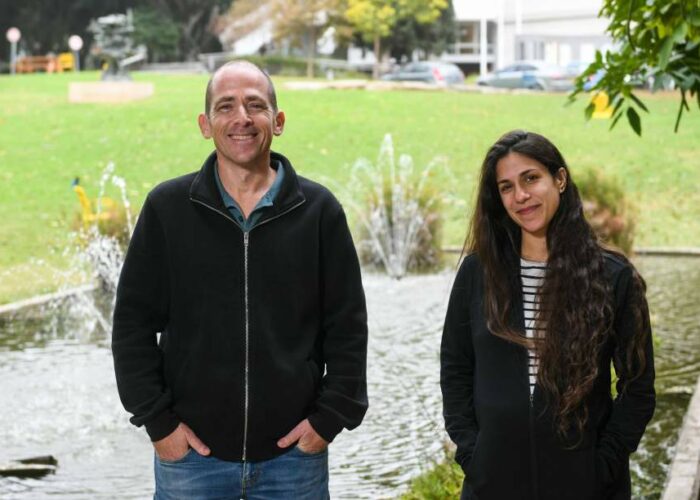