In 2026 a super accurate clock planned by the Weizmann Institute of Science, the Israeli Space Agency (ISA) and an Israeli company, Accubeat – named The Trident Team – could be on its way to Neptune’s largest moon, Triton, if successful in the Discovery Program where they are finalists. The team is aptly named Trident after Neptune’s three-pronged spear.

If life does exist outside of Earth in our Solar System, it could be hiding in subterranean oceans flowing under the surface of icy moons. One of the most promising candidates for such an underground liquid body is Triton – aptly named for the son of the sea god Neptune – the planet around which it orbits.

Triton is some 4.5 billion km away and it is an oddity as it orbits in the opposite direction to all the other moons of Neptune. Some think this points to an origin outside our Solar System: The moon may be an intruder trapped long ago by Neptune’s gravitational field.

As a finalist in the Discovery Program, The Trident Team joins three other proposals, each of which will receive three million dollars in the coming year to develop the plans before two are finally selected for missions. The four were chosen from 22 proposals put forward.

If approved, Trident would be the first Earthly visitor to Neptune and its moons in over 30 years. The last ‘postcards” we received were from Voyager 2, which sent back photos taken from 40,000 kilometers away from the moon.

Despite the distance, planetary scientists were able to observe that the surface of Triton is one of the most youthful seen in the Solar System – just a few million years – suggesting intense geological activity. Photos shot of the moon’s South Pole revealed geysers spewing liquid nitrogen. This hinted at the possible existence of large underground reserves of liquid, as well as revealing the direction of winds and an atmosphere on the moon.

In this mission Trident will also be flying over, but from a distance of only 500 km. Professor Yohai Kaspi of the Institute’s Earth and Planetary Sciences Department is part of the science team of this proposed space mission, led by Dr Louise Prockter, Head of the Lunar and Planetary Institute in Houston Texas. The proposed space mission aims to investigate whether Triton does indeed have a subterranean ocean, study the properties of this ocean if it exists, and investigate why the surface looks so youthful and what makes up its atmosphere.

The two Israelis on the team, including Dr Eli Galant in Kaspi’s group, are there for their experience in analysing radio signals arriving from distant spacecraft, which in this case will be interpolated with the special clock they have designed and will be on board the spacecraft.  This clock is so accurate it will lose less than a second in ten million years and built to withstand the rigors of space travel over at least 15 years.

The clock will be built in Jerusalem by the firm Accubeat and funded by ISA in Israel’s Ministry of Science and Technology. Kaspi and Galanti will use the clock to calculate the properties of Triton’s atmosphere, based on the Doppler displacement of radio waves beamed back to Earth from the spacecraft. The Israeli-made clock will assist them in measuring minute oscillations in these waves.

A similar clock is already in advanced stages of preparation at Accubeat and will be launched aboard the European Space Agency’s JUICE mission to the moons of Jupiter, set for 2022.

Kaspi is calling it the most accurate clock of its kind.

“There are more exact clocks than the one we will be launching, but these are very large and stationary,” he said.

Avi Blasberger, Director General of the ISA, in Israel’s Ministry of Science and Technology, added that the clock was raising interest.

“This unique clock, developed for an ESA flagship mission, has raised interest with other mission teams. It is proof that Israeli industry and research have much to contribute to international space exploration,” said Blasberger.

In addition to the clock – which will be operated by the Israeli team – the Trident craft, if chosen, will carry a magnetometer for seeking out the underground ocean, two kinds of spectrometers – one infrared to examine the surface and the other plasma for determining the makeup of the atmosphere – and two kinds of cameras that will also be trained on regions of Neptune that have not before been observed.

As part of NASA’s Discovery Program, the Trident mission is intended to be smaller, cheaper, chancier and shorter-term than the large missions that take off once or twice a decade. Unlike other large missions that may be chosen on the political or leadership level, the Discovery missions are all proposed, planned and selected by researchers.

Dr Galanti added that the mission is dependent on being chosen as one of the two finalists in a year. 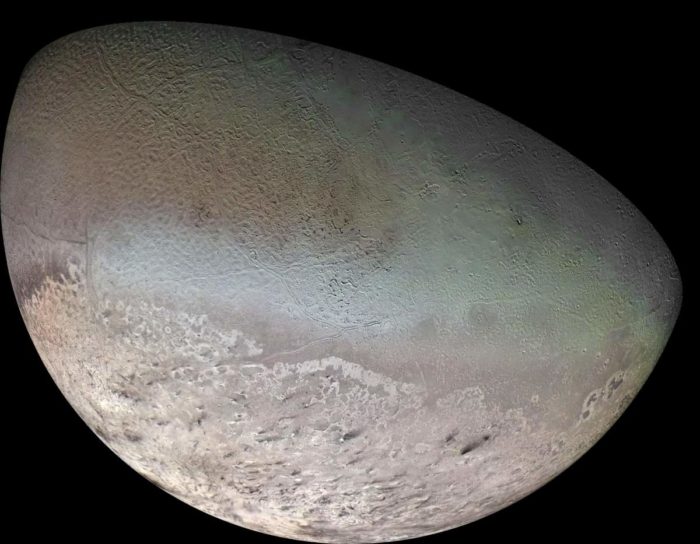 Triton, photographed during the Voyager flyby

Artist's illustration of Neptune seen from beyond Triton. NASA 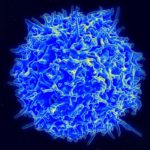 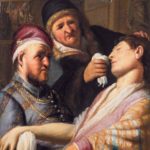 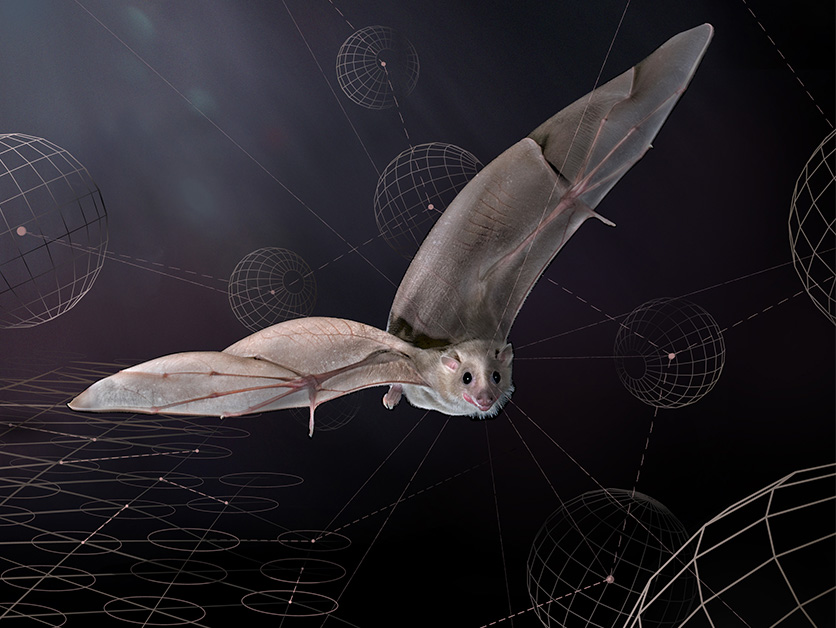 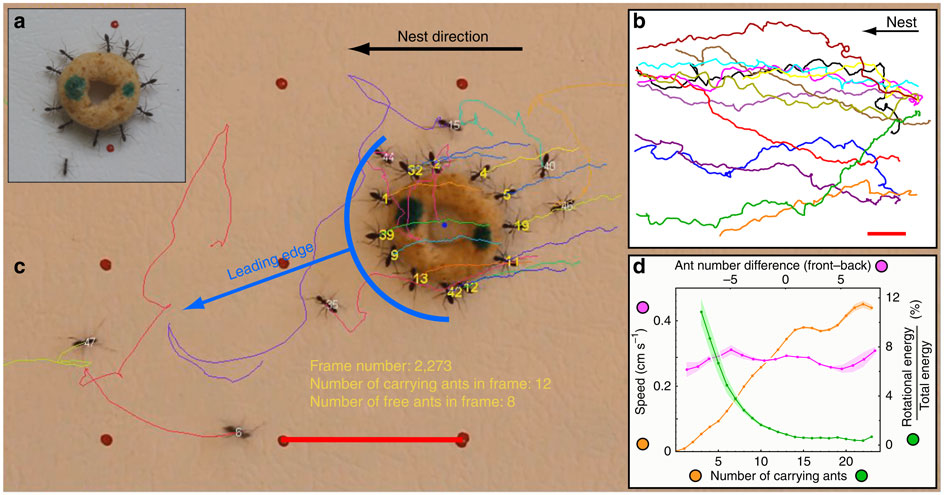