An unusual Way to Die

New research that reveals the details of an alternative cell death may lead to new therapies for a variety of diseases.

Unlikely causes of death, like lightning, may strike out of the blue, but for our cells even an unusual form of death is not left to chance. That’s the conclusion drawn from a recent Weizmann Institute of Science study published in Nature that reveals the molecular details of an uncommon form of programmed cell death called parthanatos – a term derived from Thanatos, the personification of death in Greek mythology – in fruit fly embryos.

Understanding unusual, or what scientists call alternative, cell deaths may lead to a variety of new and improved therapies. Cancerous tumours, for example, commonly become resistant to the apoptosis – the major type of cell death – that is triggered by chemotherapy or irradiation therapy; inflicting an alternative death such as parthanatos upon them may offer a solution.

On the other hand, recent research suggests that in Parkinson’s disease, neurons are not killed by apoptosis but rather by parthanatos, so understanding the mechanisms of this alternative cell death in a living organism is critical for learning how to block it. And this understanding may also one day help to treat a number of diseases such as ischemic stroke, heart disease and diabetes, in which parthanatos has also been implicated.

Scientists have produced a dozen forms of alternative cell death in a laboratory dish, but it’s been hard to know which of these occur in the living organism and how exactly they unfold.

Professor Eli Arama of the Molecular Genetics Department and his team set out to fill this gap by studying the embryos of fruit flies – the Drosophila. About a third of the germ cells, which create the testes or ovaries, normally die as they migrate to either side of the embryo.

Studies had long shown that apoptosis was not involved, so how these cells die remained a mystery for some two decades. Arama decided to check whether they are eliminated by any known form of alternative cell death.

Postdoctoral fellow Dr Lama Tarayrah-Ibraheim in Arama’s lab led the experiments in which she first confirmed that the Drosophila germ cells don’t die by apoptosis: Even when she blocked all of the seven enzymes that result in apoptosis or perform related functions in fruit flies, a third of the cells continued to die.

As Tarayrah-Ibraheim and other team members studied the genes involved, the resulting picture suggested that the germ cells die by mechanisms reminiscent of parthanatos, which until then had been investigated in cellular culture or in mouse models of human diseases, and had been found to result from massive DNA damage caused by stress or disease.

Tarayrah-Ibraheim and colleagues then experimented with mutant flies in order to clarify the roles of different genes. The scientists used antibodies to trace the locations of proteins manufactured by these genes, blocked some of the cellular signalling and conducted other experiments that ultimately enabled them to reveal the molecular details of the germ cells’ death. Not only did they confirm that the three critical components of the parthanatos pathway were required for the death of germ cells, they unravelled the entire biological pathway leading to this alternative cell death, completing the fragmented knowledge arising from tissue-culture studies.

In particular, they determined that this pathway must necessarily include a DNA nuclease – a DNA-cleaving enzyme originating in the cellular organelle known as the lysosome – as well as the key parthanatos mediating proteins PARP-1 and AIF. This study is the first to identify and explore a developmental form of parthanatos – one that occurs in embryonic development, under normal conditions.

But why did parthanatos evolve in the first place? Why should the germ cells die this alternative death rather than by the ubiquitous apoptosis? Arama believes this has to do with caspases, the enzymes responsible for apoptosis. His lab had previously shown that low-level caspase activity performs vital functions that are unrelated to apoptosis – among them, blocking cell migration.

“Had caspases been involved in killing some of the germ cells, they might have prevented the rest of these cells from properly migrating – which would create a major conflict in the embryo’s development,” Arama said.

“Evolution has apparently resolved this conflict by killing the germ cells in an alternative, non-caspase-dependent way, by parthanatos.”

Apparently, cell death is so important to the life of multicellular organisms that their cells may carry a range of plans for suicide, adapted to fit different needs.

The details of parthanatos, as revealed in fruit flies, can now provide the basis for studying this cell death in mammalian development and the role it plays in human diseases. Such studies may ultimately help prevent parthanatos if it leads to disease or do the opposite – trigger it on demand – for example, in order to kill cancer cells.

Tarayrah-Ibraheim said: “We’ve shown that parthanatos is a naturally occurring programmed cell death, which means that the molecular machinery for this alternative cell death can be normally activated in the cell. Such activation may make it possible to kill cells much more selectively and efficiently than by general-purpose chemical drugs.” 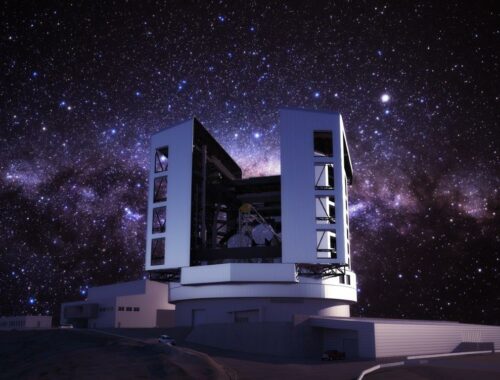 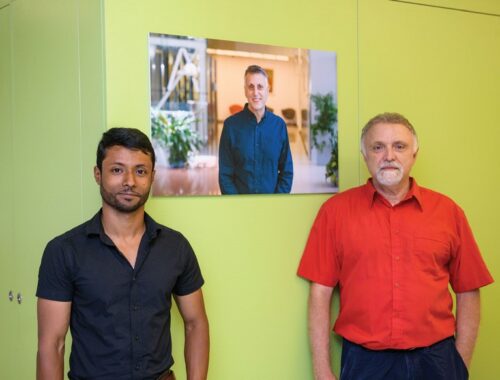