The research is not about the weighty, mud-basking mammals, but about the ‘Hippo pathway’, a chain of biochemical reactions that, when disrupted, can cause fruit flies to grow so large, they somewhat resemble hippopotamuses. In humans, however, the malfunction of two key genes in this pathway, LATS1 and LATS2, can cause cancer.

The LATS genes regulate the activity of the tumour suppressor gene p53, known as a master protector of the human genome.

Drs Noa Furth and Yael Aylon became interested in the LATS genes when both worked in the p53 research lab of Professor Moshe Oren of Weizmann’s Molecular Cell Biology Department. Furth was then a research student in the lab and Aylon is a staff scientist on Oren’s team. The two wrote a review of research delving into the role of LATS in cancer and became so captivated with these genes that Oren encouraged them to serve as joint principal investigators of an in-depth study on this topic.

Both LATS genes are known to be expressed at lower-than-normal levels in many breast cancer tumours. Furth and Aylon, together with colleagues, designed a study aimed at clarifying exactly how low expression levels of LATS1 or LATS2 facilitate the development of breast cancer and, on a more general level, how disruptions in the Hippo pathway lead to malignancy.

The researchers started out with a bioinformatics analysis: analysing databases of gene expression in breast cancer using computer algorithms.

Next, they genetically engineered two groups of tumour-disposed mice – one lacking the LATS1 gene, the other lacking LATS2 – and waited for these mice to develop mammary tumours.

The scientists then performed a gene expression analysis of tumours in the two groups, comparing them to tumours harbouring intact copies of both LATS1 and LATS2. In addition, in collaboration with researchers from the University of Athens, they examined the distribution of LATS proteins in tumours from breast cancer patients.

As reported in the journal Life Science Alliance, these studies confirmed that both LATS genes are tumour suppressors.

These genes provide cells with an additional layer of protection on top of p53 to prevent the cells from turning cancerous – something like an emergency hand brake in a car in addition to the foot-operated one.

This finding helps explain why a malignancy can develop despite the normal activity of p53: Certain defects in the LATS could disrupt regulation of the main tumour-suppressor gene.

Most important, the study also revealed that, despite looking very similar, LATS1 and LATS2 play different roles in protecting the organism against breast cancer; malfunctions in one or the other lead to different cancer types.

“Breast cancer is a general term, it covers different types of malignancy that can be regarded as entirely different diseases,” said Furth.

When the activity of LATS1 is deficient or absent, the result is a type of cancer resembling a subtype of human breast cancer called basal-like. Such tumours tend to be more aggressive and don’t respond to hormonal treatment.

In contrast, absence of LATS2 results in tumours resembling a subtype of human breast cancer called luminal. Luminal tumours are dependent on oestrogen and respond well to such oestrogen-blocking drugs as Tamoxifen.

Furthermore, the researchers identified other genes, within the framework of the Hippo pathway and beyond, that contribute to malignancy characterized by reduced activity of LATS.

In particular, they discovered that low levels of LATS2 expression lead to a metabolic rewiring of the cell, causing it to become highly dependent on the glucose that supplies the cancer with energy. When they genetically engineered breast cancer cells to increase LATS2 expression and exposed them to rosiglitazone – an anti-diabetic drug that alters glucose metabolism – these cells often died.

“We hope that by understanding alterations that occur during cancer development, such as decreased expression of LATS genes, we might discover an Achilles heel of breast tumours,” Aylon said.

Understanding which patients may benefit

If these findings are supported by further research, they may improve the treatment of breast cancer by facilitating a personalised approach.

Currently, the decision to administer hormone therapy relies mainly on checking whether tumour cells have oestrogen receptors. A genetic analysis determining whether a tumour has reduced LATS1 or LATS2 activity might provide a more precise measure, helping to select patients who are likely to benefit from hormone therapy and sparing unnecessary treatment for those who are not.

Moreover, the discovery that tumours with reduced LATS2 activity are critically dependent on glucose may help develop new treatment options against breast cancer and other malignancies characterized by increased glucose metabolism. 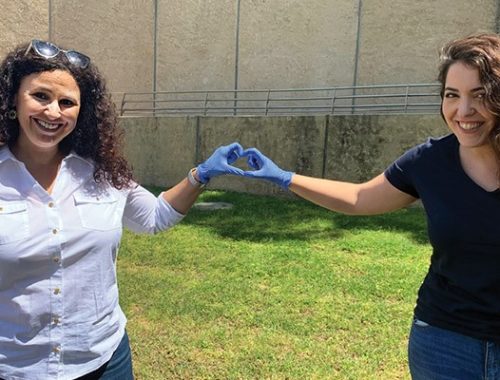 When the heart recovers from injury, the blood flowing through its vessels is essential. But lymph – the colourless fluid that circulates in a parallel network – and the lymphatic... 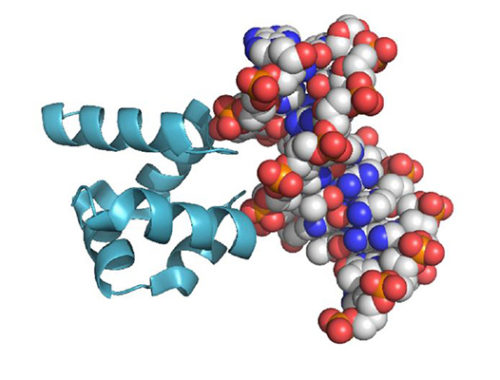 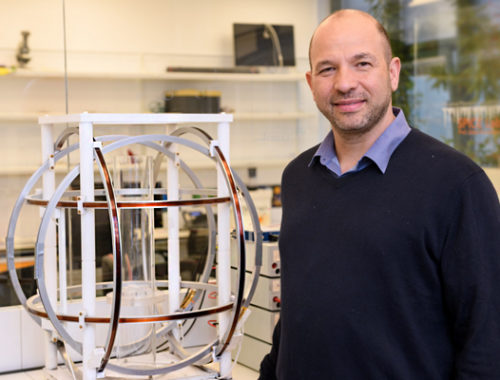