Until now, scientists have been able to identify only two basic types of exploding stars known as supernovae. Now Weizmann Institute of Science astrophysicists and colleagues abroad have observed a third.

It is believed that the discovery of this new type could shed light on some universal mysteries in the heavens and even the human body.

The findings were reported last week in a four-page-long “letter” published in the journal Nature, with commentary by a University of Oklahoma astronomer in the same issue.

The supernova types that have long been known are hot, young giants that go out in violent display as they collapse under their own weight, and old, dense white dwarves that blow up in a thermonuclear explosion.

However, the new type that began to appear in telescope images five years ago and about which data has been collected, measured and assessed for the supernovae’s chemical makeup and type of material they threw off in the explosion, is different. Dr. Avishay Gal-Yam, Hagai Perets, (now at the Harvard Smithsonian Center for Astrophysics), Iair Arcavi and Michael Kiewe of the Rehovot Institute’s physics faculty found quickly that the new type did not belong to either of the known patterns.  Seeing that it had recently begun the process of exploding, the Israelis obtained the help of Paolo Mazzali of the Max Planck Institute for Astrophysics in Germany and the Scuola Normale Superiore at the INAF/Padova Observatory Pisa, Italy; Prof. David Arnett from the University of Arizona; and researchers from across the USA, Canada, Chile and the UK, who began to collect and combine data at different telescope sites around the world. They team found that the new supernova did not fit either of the known patterns.

The amount of material hurled out from the supernova was too small for it to have come from an exploding giant.  Its location – distant from the hubs where new stars form – implied it was an older star that had had time to wander off from its original location. Yet the supernova’s chemical composition didn’t match that commonly seen in the second type. .”It was clear,” said the paper’s lead author Perets, “that we were seeing a new type of supernova.” The scientists turned to computer simulations to see what kind of process could have produced such a result.

The common type of exploding white dwarf (a type Ia supernova) is mainly made up of carbon and oxygen, and the chemical composition of the ejected material reflects this. The newly discovered supernova had unusually high levels of the elements calcium and titanium; these are the products of a nuclear reaction involving helium, rather than carbon and oxygen.

“We’ve never before seen a spectrum like this one,” said Mazzali. “it was clear that the unique chemical composition of this explosion held an important key to understanding it.

The simulation suggested that a pair of white dwarves were involved; one of them stealing helium from the other. When the thief star’s helium load rises past a certain point, the explosion occurs. “The donor star is probably completely destroyed in the process, but we’re not quite sure about the fate of the thief star,” said Gal- Yam.

The scientists believe that several other previously observed supernovae may fit this pattern. In fact, these relatively dim explosions might not be all that rare; if so, their occurrence could explain some puzzling phenomena in the universe. For example, almost all the elements heavier than hydrogen and helium have been created in and dispersed by supernovae; the new type could help explain the prevalence of calcium in both the universe and in our bodies. It might also account for observed concentrations of particles called positrons – identical to electrons, but with an opposite charge – in the center of our galaxy. Some scientists have hypothesized that the decay of yet unseen “dark matter” particles may be responsible for the positrons’ presence.

But one of the products of the new supernova is a radioactive form of titanium that, as it decays, emits positrons. “Dark matter may or may not exist,” said Gal-Yam, “but these positrons are perhaps just as easily accounted for by the third type of supernova.” 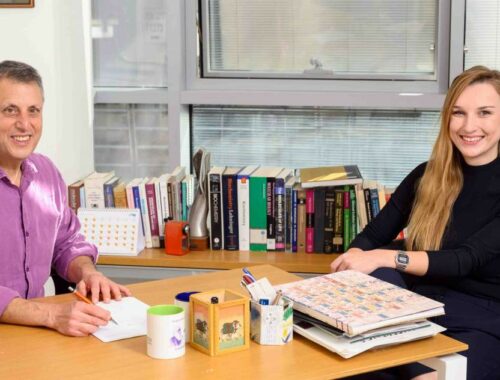 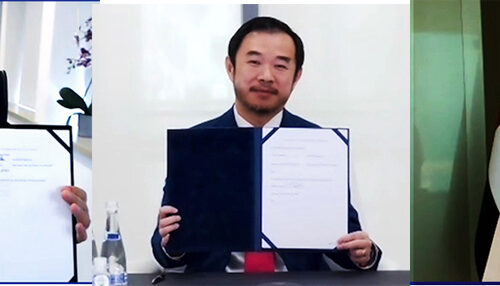 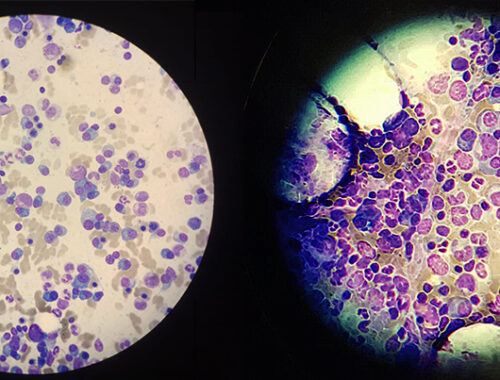