Recently reported in Nature, a new device developed by Weizmann Institute scientists can take the temperature of nanometre-sized materials –  like those that will form the basis of new quantum electronics –  with unprecedented accuracy, resolving temperature changes of a millionth of a degree on a background of a few degrees above absolute zero – all without touching the sample.

Heat dissipation is an issue in today’s computers, and it becomes even more crucial when the hardware in computers is microscopic, so engineers as well as scientists want to know where even tiny amounts of heat are dissipated in their devices. Many types of physics and materials research, including that of Weizmann Institute scientists, also rely on accurate maps of the thermal distribution in small, very cold samples.

The new system, designed by Professor Eli Zeldov and research student Dorri Halbertal of the Weizmann Institute’s Condensed Matter Physics Department, is 10,000 times more sensitive than any other scanning thermal system in existence.

The central component of this system is a tiny quartz tube – less than a few tens of nanometres in diameter – on which a superconducting material is deposited. The resulting superconducting nano-thermometre measures the temperature through electronic quantum interference. It is placed about 10 nanometres from the sample, giving researchers a local reading of the temperature, which the device reads as changes in its current.

“The device has a very low noise level, can work at cryogenic (near absolute zero) temperatures, and does not disturb the sample,” said Professor Zeldov.

“It can map the heat dissipation at the surface of a sample,” added Halbertal. “This could come in useful in measuring nanomaterial designed to be qubits – the basic units of possible future quantum computers.”

Working together with the lab of Nobel laureate Professor Andre Geim of the University of Manchester and colleagues at the Massachusetts Institute of Technology and the Barcelona Institute of Science and Technology, the researchers utilised the technique to investigate carbon nanotubes devices fabricated in the lab of the Weizmann Institute’s Professor Ernesto Joselevich and pristine graphene devices produced in Geim’s lab by Dr Moshe Ben Shalom.

Graphene – atom-thick sheets of carbon – is the material for which Geim received the Nobel, and it is touted as the basis of future nanoelectronics. But the measurements revealed a mechanism by which even in very clean, highly-ordered samples, heat dissipates through atom-sized defects.

“Heat dissipation is one of the things that is limiting how small we can make electronic devices,” said Halbertal.

“An estimated 100 million times more energy than is necessary is invested today in reading computerised information. So mapping the weak points in a system – through precisely mapping the heat dissipation in the material down to the millionth-of-a-degree scale – can lead to the creation of more efficient, less wasteful electronics than we have today.”

According to Professor Zeldov in the future quantum systems designed for quantum computers could be tested for the leakage of information using the new devices.

“The fact that the device is capable of working on very cold, very small samples may also help answer some very basic questions in physics, for example: At what point do materials that work according to the laws of quantum physics cross over to the principles of everyday classical physics – a process that involves the transfer of heat,” he concluded.

Professor Eli Zeldov’s research is supported by the Joseph H. and Belle R. Braun Center for Submicron Research, which he heads; the Yeda-Sela (YeS) Center for Basic Research; and the Rosa and Emilio Segre Research Award.  Professor Zeldov is the incumbent of the David and Inez Myers Professorial Chair. 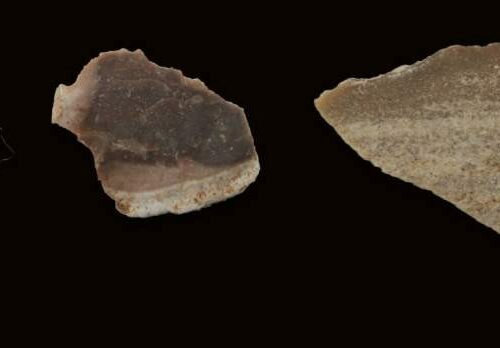