Multiple myeloma patients live much longer today than in the past, thanks to new targeted anti-myeloma drugs, but ultimately most develop resistance to the medications, and in some the disease is resistant to therapy from the start.

Weizmann Institute of Science researchers, in collaboration with physicians from Tel Aviv Sourasky Medical Center (TASMC), have made use of extremely sensitive genomic technology to reveal genetic pathways that characterise some of the more resistant cases of multiple myeloma.

Their study, reported today in Nature Medicine, may lead to a more informed, personalized treatment for these patients, and it paves the way to using this new technology for discovering additional disease targets in other cancers.

Malignant myeloma is a cancer of the antibody-producing plasma cells found in the bone marrow. To expose the mechanisms the malignant plasma cells use to evade the anti-myeloma drugs, Dr Assaf Weiner, Mor Zada, Dr Shuang-Yin Wang and other members of a research team headed by Professor Ido Amit of Weizmann’s Immunology Department studied newly diagnosed myeloma patients whose cancers had failed to respond to the initial therapy or relapsed soon afterwards.

The patients, treated at TAMSC and 14 other hospitals all over Israel, were enrolled in a clinical trial – led by Dr Yael C. Cohen, head of the Myeloma Unit at TAMSC – aimed at testing whether a combination of four anti-myeloma drugs could overcome the cancer’s resistance.

“Patients who fail to respond to the first line of treatment have poor prospects for survival, so new treatment strategies are urgently needed,” Dr Cohen said.

While the physicians evaluated the success and safety of the combined approach, the Weizmann scientists collaborated with them to try to figure out what genetic changes had occurred in the patients’ cancers to make them resistant to the drugs. The researchers obtained samples of bone marrow taken from these patients before and at various stages during and after the combination therapy, and analyzed them using single-cell RNA sequencing. This technology creates high-resolution genetic profiles of thousands of individual cells simultaneously, enabling researchers to analyze the cancer’s genetic makeup at an unprecedented level of detail.

“What’s unique about this technology is that it helps distinguish between different types of cancer cells in the same patient, whereas standard hospital techniques examine all those cells together, including the healthy plasma cells, in bulk,” Weiner said.

“These different cell types may respond differently to treatment, so obtaining a complete cellular and molecular profile of the cancer is crucial to understanding why a certain treatment might not work, or why some tumour cells may develop resistance.”

By analysing this vast amount of genomic data with the help of machine learning and other computer-science tools, they managed to identify several pathways that were active in people with resistant multiple myeloma, but not in healthy donors or in patients whose myeloma had responded to the treatment.

A genetic signature that spells resistance

In particular, they identified 30 genes that seemed to make up a genetic signature of resistance.

“We found that these genes belonged to genetic pathways responsible for protein folding and degradation, and for cellular response to stress,” Dr Shuang-Yin Wang explained.

These pathways were abnormally active in nearly half of the patients with resistant disease, apparently enabling the cancer to escape the effects of common anti-myeloma drugs known as proteasome inhibitors. As their name implies, these drugs shut down the cellular machine called a proteasome, which destroys misfolded proteins.

As a result, an excess of misfolded proteins jams the rest of the cellular machinery and ends up killing the malignant cell. The signature pathway discovered by the Weizmann scientists helps the malignant plasma cells to fold their proteins more efficiently – a clever trick that prevents the jamming, thereby limiting the effects of the proteasome inhibitor drugs.

The patients with this genetic signature responded poorly to the combination therapy in the trial. To investigate further, the scientists looked for this signature in a broader, independent group of myeloma cases and found it in about five percent of all newly diagnosed patients. This prevalence increased dramatically in patients whose disease had progressed after they had received several lines of treatments – as was to be expected, considering that almost all multiple myeloma patients ultimately develop resistance to therapy.

Next, the researchers looked for ways to overcome this resistance. They showed that they could block the aggressive protein folding pathway by silencing one of its key genes, called PPIA.

“When we deleted this gene from the genome of multiple myeloma cells using CRISPR gene editing technology, we found that the modified cells were vastly more sensitive to anti-myeloma proteasome inhibitor drugs,” Zada said.

The researchers then exposed multiple myeloma cells from patients with resistant disease to a drug called Cyclosporin A, which neutralizes the activity of PPIA, after which they added the anti-myeloma proteasome inhibitor drug.

The drug was much more effective at killing the cancer cells when applied with Cyclosporin A than without, which suggests that their combined use may help reverse the resistance to proteasome therapy. The next step is a clinical trial that will test whether Cyclosporin A can help treat multiple myeloma patients who have the newly identified genetic signature and are resistant to all current therapies.

“This research can serve as a roadmap for integrating single-cell sequencing into other clinical trials – enabling physicians to treat patients with drugs that are best suited to their disease and also finding new molecular targets for the development of more effective treatments,” Amit concluded 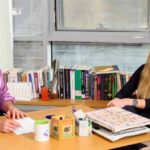 How 'Great' was the Great Oxygenation Event? 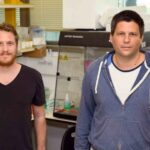 A molecular invisible ink is now available. Called a molecular-scale messaging sensor (m-SMS), this is part of a secure, chemically based system designed to transmit and reveal secret messages. Created by… 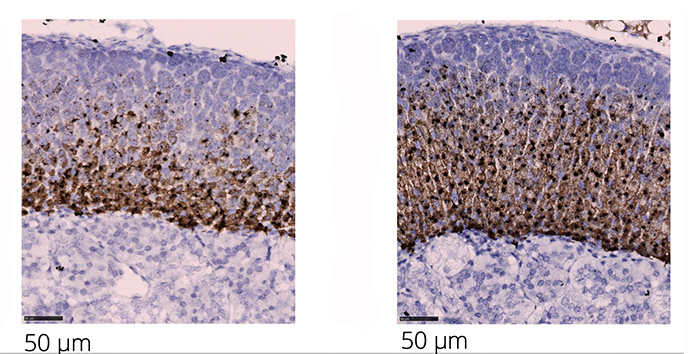